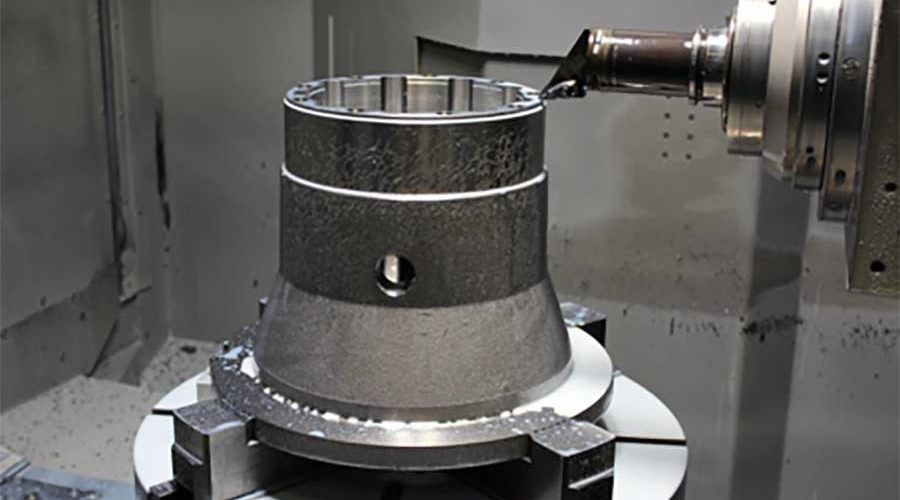 “A fantastic success story which shows us that dedication, courage and belief in one’s own innovative power is still worthwhile today”, says Volker Henke, Managing Director of HWR Spanntechnik from Oyten.

The background to this is the delivery of INOFlex® clamp 1000 within just three years after being launched on the market. Number 1,000 went to the AGCO Fendt concern in Marktoberdorf. AGCO Fendt is one of the world’s largest producers of tractors and agricultural machines. Marktoberdorf in Bavaria is the home of the well-known Fendt tractor brand. AGCO already has eight INOFlex® chucks in operation and can no longer do without this clamping technology – something confirmed by Mr. Weisser from Production Planning at Fendt.

But one thing at a time. At the beginning, Volker Henke was not sure whether HWR would reap the rewards when he decided in 2010 to devise a clamp able to grip all geometries i.e. circular, cubic and asymmetrical and at the same time with practically the same technical properties of a 3-jaw-chuck. One thing he knew was certain: “Only when the new clamp can do what a 3-jaw-chuck can do and more, will it be able to compete on the market.”

Even so, a start was made into collecting ideas on how a possible solution would look like. It was soon clear that only with four jaws would that be possible. Four jaws because only then is clamping both circular and cubic. But regrettably there is a problem. Four jaws mean that the chuck is statically redundant which, in turn, means that only three jaws grip and one jaw does not – unless clamping is of the compensating type. And that was precisely the solution approach in 2010: four jaws and compensating gripping. “This knowledge was key”, Mr. Henke still enthuses about it today. For thirty months things were intensively designed, then changed, then re-designed and much more intensive prototypes were built. “As a last resort, an employee from PRODUCTION had the idea allowing us to break through and get to the technical data”, explains the entrepreneur.

2014: MANY CUSTOMERS COULD NOT BELIEVE IT:

The INOFlex® chuck was presented at the EMO 2013. Active sales started in spring 2014. “Considerable effort was needed in the first sales pitch as many customers could not simply believe that four jaws can centrically grip and that the gripping power, rotational speeds and lifts are almost identical with those of a 3-jaw-chuck”, recalls Mr. Henke. In addition, INOFlex® had all the advantages of a compensation chuck at a price at roughly the level of a high-grade-3-jaw chuck.